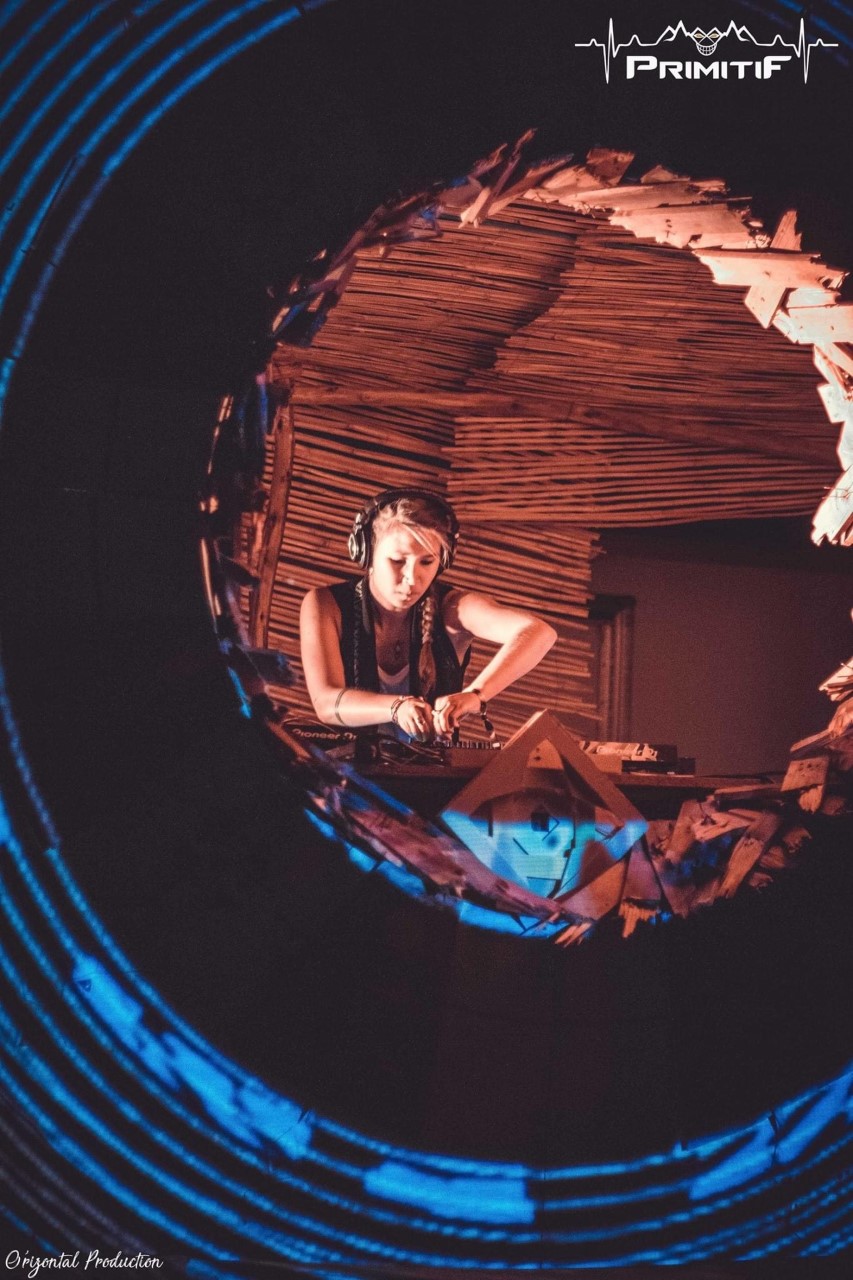 Grace, a.k.a AHYOKA, is a female DJ and producer of dark progressive trance based in Paris, France.

She is above all, a storyteller and generator of energies throughout her music. AHYOKA is a Native American word meaning “she brought happiness”. The aim of this project is to open your senses and consciousness by experiencing deep, emotional and mental sounds.
It’s all about combining one track with another, and finding that chemical reaction that transforms them in order to create a profound experience for those on the dance floors.

Grace got her first taste for music at a very young age by playing the piano, followed by the guitar and drums.

In 2009, she was introduced to trance music where she instantly fell in love with the psychedelic scene; the music, the energy, the vibes, the people and the culture. With encouragement from friends, she decided to take up mixing and bought her first turntables in 2010.

DJing since 2011, she quickly rose as a prodigious artist, bringing the dance floor along with her. Grace was first known under the name “Pandora” from Mental Drop Records, playing electro breaks on vinyl then switched to progressive trance on CDJs. She formed her dark progressive project, Ahyoka, after signing on as a label DJ for the Danish label, Melting Runes Records, and for whom she compiled the V.A ‚Lupuna‘ released in 2015.

She had finally found her mark in the greasy basslines of dark progressive.

She has had the opportunity to play in France, Norway, Portugal, Finland, the Netherlands, Germany, India, the U.K and Morocco, including various underground parties, clubs and festivals such as Álfheimr Festival 2016, Egregora Festival 2016, Forest Soul Gathering 2017 & 2019 (also collaborated as stage manager on the main stage), Fora de Tempo Festival 2018 (where she also worked as logistics manager with the Production Crew), Psychedelic Meadow 2019 & Primitif Festival 2019.

Behind the decks, she manages to express with finesse, powerful Dj sets with rumbling bass lines combined with dark, twisted and hypnotic sounds, with influences from various genres from techno to forest styles.

Bathed in imagination and always eager to learn, Grace decided to reach another level by branching out into music production.

Today, Ahyoka is signed as a Label – Dj/Producer for Kunayala Record, Quadrivium Records and Katayy Records.