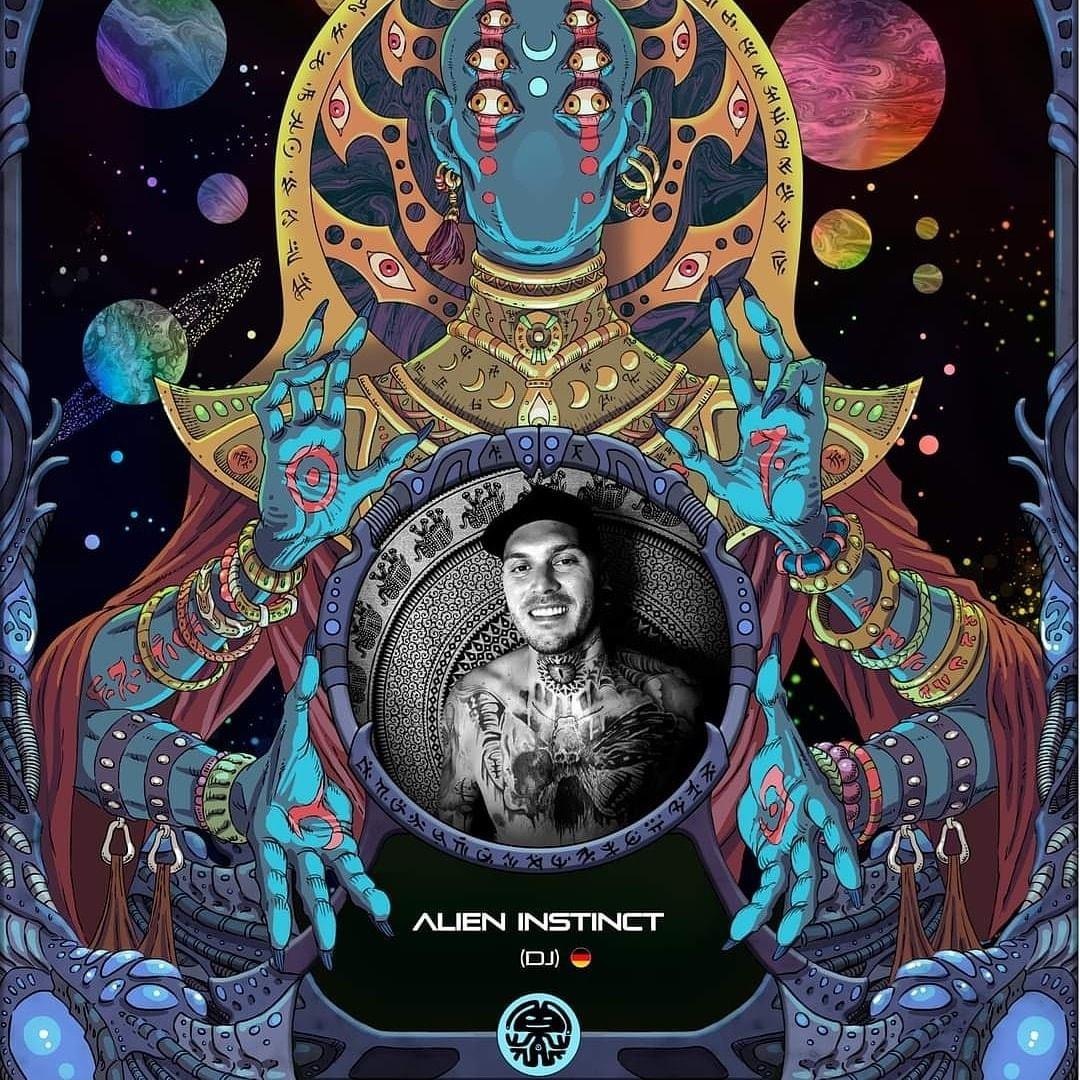 Alien Instinct a.k.a Marco Sarda from Germany. At the end of 2015 he had already bought his first equipment in order to pursue his passion for music. What had startet off by Dj`ing in private parties, his skills quickly evolved into delivering guaranteed escalations on huge dance floors. Togheter with Captain Future, audiOcram and the Dancing Mantis Tribe, he found the collective „MonuMentikuM“. Since September 2019 he has been running a series of events by the name of „Euphorika“ in Mauerpfeiffer/Saarbrücken! With his energetic and groovy but also dark and driving sounds he inspires the party-mad people to stomp their hearts out with some exclusive music. Since the end of 2020 he has been part of „Hekwapi Records“!
In december 2021 his first VA „Infected Creatures“ was released including his first own track.
hekwapi.fanlink.to/VA-Infected-Creatures