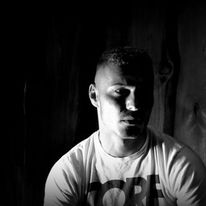 Dustin is born 1989 and grew up in parallel to the just growing German Techno scene and they encountered each other in 2006. Since then he spends his weekends in Techno clubs and bought his own turntables after 2 years of clubbing there in order to learn to play with vinyl…Since the vinyl became very limited in variety, he made the switch to playing digitaly shortly after. After being on the dance floor in for years at TREIBHAUS in Glöwen, Dustin received by chance his very first opportunity to play on New Year’s Eve in 2010/11 and set therefore a step in a world still unknown to him. TREIBHAUS recognized his talent and gave him the possibility to play at many other gigs and became one of the residents there. Now he’s made his first steps into producing the sound he played for all those years and hopes to release quality Techno on well respected labels.