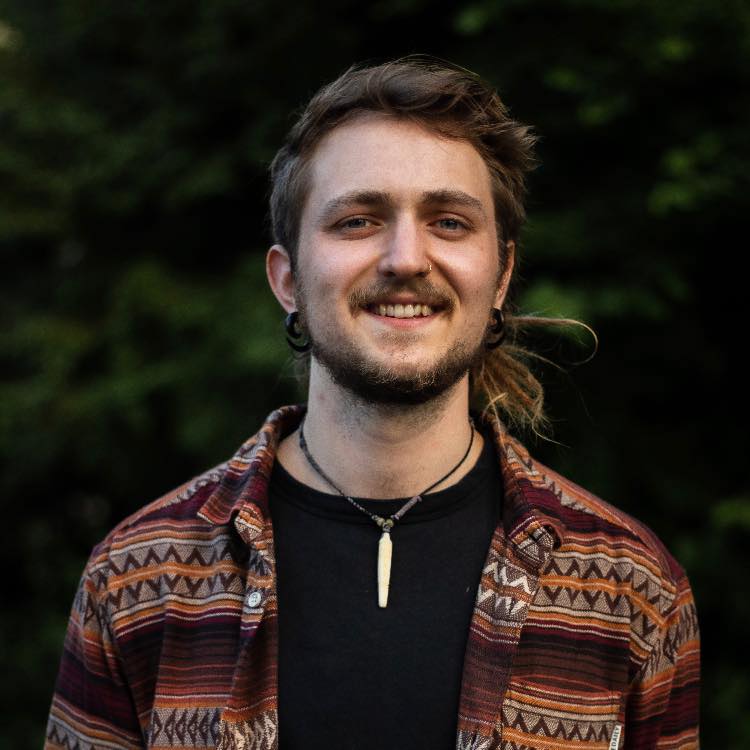 Imbroglio is the name of the DJ-Project from Andreas (Salzburg, Austria), which focuses on the landscape of rolling, swampy, psychedelic but also drifty, technoid sounds.

Since he got in touch with psychedelic music he became instantly hooked to the underground scene and its’ variety of different styles, genres and sub-genres.

He is part of the Sonus Sonorum Crew based in Salzburg (Austria), which is organizing indoor Psytrance-Parties regularly.

Since 2018, he has played in local indoor locations in Salzburg like the Rockhouse Bar, Mark or Sakog and also at smaller outdoor gigs.

Meanwhile he also became part of Squamata Records and Mouju Records. His intention as a DJ is to create a mesmeric atmosphere with his sets.

A swampy, misty playground, where everybody is able to experience their own little adventures inside their heads and bodies. Imbroglio plays a mixture of groovy nightpsy/twilight and swampy forest sometimes merging into synthetic
darkpsy.

Also he plays deep hypnotic techno with zenonesque influences. While playing in front of a crowd, his aim is to achieve a symbiotic process between the dancer and the performer.