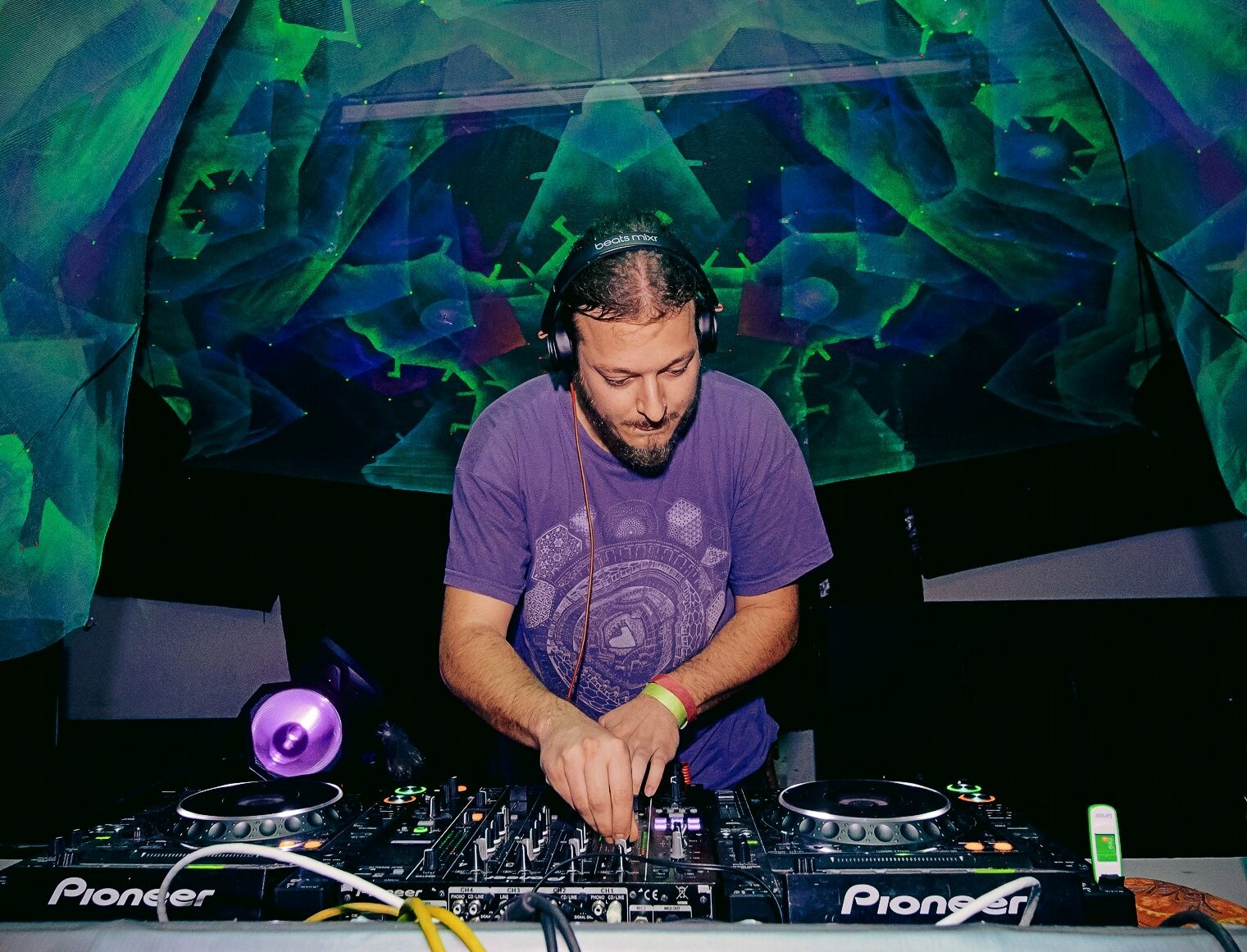 I was born in the Berchtesgadener Land, the gate to the alps, where I grew up in a beautiful area surrounded by mountains close to the Untersberg, the mountain with the most legends and myths in the alps. After living in the Bavarian Forest for some time now I have moved to a farm in lower Bavaria.

I would describe myself as a typical music-addict, as I was always collecting music and listening to it in every free minute for basically all my life.
It started with Queen, T.Rex, Deep Purple and stuff like that from my father. After some phases of Hip Hop, Punk and Trance I dedicated almost a decade to metal.
I have played guitars or drums in several bands, released a Thrash Metal album and toured Europe with it.

I always enjoyed the psychedelic side of music and after opening my mind to electronic music I stood at my first psychedelic trance party at legendary cave club in Salzburg and I was totally blown away by the music and the vibe there. From there on I went on many many parties and festivals all around Europe.
Because of my passion for music and my background in making it, I started DJing and shortly after producing Psytrance.

My DJ-Sets can be various in style from trippy weirdness over deep and mystical to powerfull straight in the face – with a big focus on STORY, ranging at 142 – 165 BPM.
For me a DJ-Set isn‘t about playing the best „dancefloor bangers“ but to tell a unique and psychedelic story.

I would describe my sound as „Deep Cycledelic“, which describes it kind of best I guess 🙂

In 2012 I started the project of INS MITTN and organize psychedelic events in Bavaria and Austria.

Also I am working as a stage manager for Festivals like MoDem in Croatia for example.