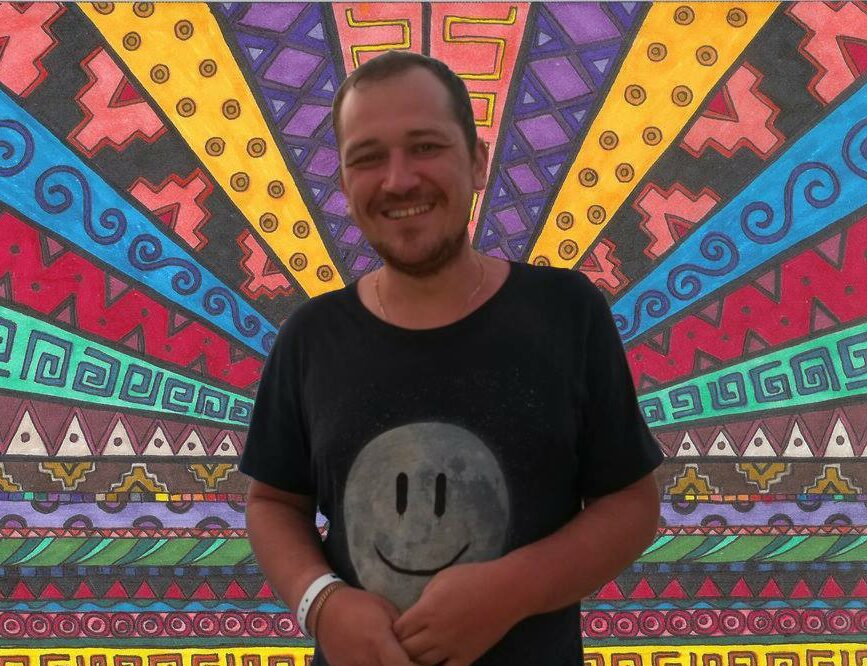 Mico-X (Miodrag Radeljak) Hekwapi Records was born in 1979 in Bosnia and lived since in Germany. Since he was 13 years old he lives in Frankfurt am Main. In early childhood, he got fascinated with electronic sounds, and already at the age of 16 he had his first Gigs.
In the glory time of 1997, he discovered Psychedelic Goa Trance – a life-changing experience because he as a DJ could identify with this music immediately. Since then the name Mico-X grew to a well-known legend among the Frankfurt Goa Scene.

What followed were countless gigs back to back with the biggest names of the scene.

Today Mico X plays his DJ-Sets all around Europe at different international Festivals and Partys, he is also an ambassador for the „MO:DEM“ Festival in Croatia.

He reestablished the „Hypnopulse“ Events in Limburg and is part of the „PsyArmy“ DJ-Team as well as a resident DJ at the „Unterholz“ forest gatherings in Wiesbaden.

People love his deeply energized and all-time forward-pumping psychedelic bass music because of his magical track selection and the intense feeling for the groovin‘ crowd!