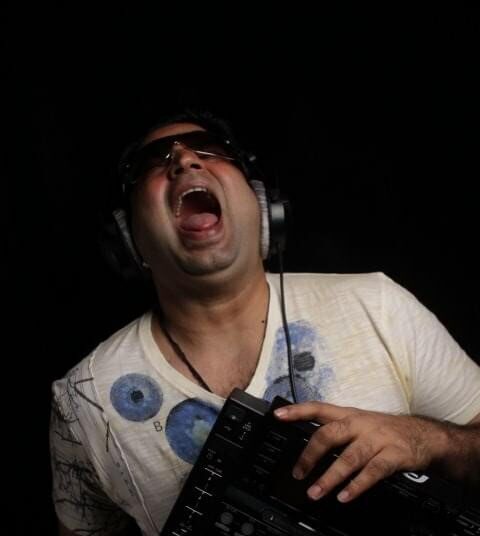 moodyboy is today quoted as one of the most awesome dance acts in india . Throughout his twenty plus years career in dance music, moodyboy has maintain a uncommon position of being a dj and producer who is respected equally in both crafts. but this is no fluke years of hard work ,an unbending dedication to his art, and uncommonly versatile talent yielded a career .
music is a journey. With a hunger to move to the other level, he is spending more time into production and collaboration currently with a few well established local DJs to create signature sounds of his own. Taking care of business behind the turntables youll find djmoody provide a soundtrack of groovy progressive tracks with elements of tribal and tech. hes well known to rock the dance floors .
Every so often an artist comes along that perfectly encapsulates the sound of the times. moodyboys productions are a fresh, personalized take on deep, pulsating techno & stripped down groove. In an ever-chhis sound is true and hard-hitting in style. Born in mumbai india, moodyboy weaves together early influences and creates unique productions that are balanced components of depth, mood, space & atmosphere. wherever he appear his reputation has so far taken him to countries worldwide.
Due to his talent he was requested to lead his own two hours radio show .what considered to be one of the best European electronic music radio on the internet.
At the present time, he is remixing tracks for artist from all over the world. He has been playing in clubs all over and is hosting regular radio shows in all over the country .
Moodyboy , the pioneer of house music and also known as the Legend of Tribal Progressive House in India.
“Dark, filthy and befitting any big room you’d trek miles out of town to on the unholy side of 3am, nevertheless, if there’s one thing that stands out about djmoody, it’s his crazy level of confidence – he looks like he was born behind the decks. His powerful pounding house and mind-bending progressive and techno selections as “raw, dirty and fresh”, which goes to show where determination can get you.