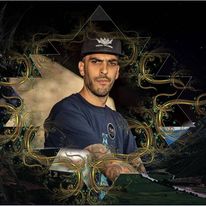 Pat Zadik is the project of Patrick Fenner, born in the city of Zurich, Switzerland. Over the years Pat has experimented with many musical genres. For example he travelled to Peru and landed the job of music producer for a well known Peruvian hip-hop group.

Returning to Switzerland, he was a resident DJ in various clubs around Zürich where he played Psy Tech. A few years later and he was back in Lima. Since his return, his musical tastes have most definitely turned to the dark side and he has now focused his attention on producing / playing Dark Progressive.

With his new found love of Dark Progressive it wasnt long before he and a group of friends created the “Psychedelic Carnival” festival, which this year celebrates its 7th edition, featuring a wide array of artists within the Dark Progressive genre.