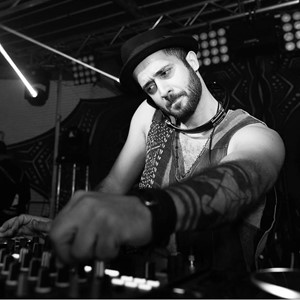 Armin aka SkyVibes got in touch with electronic music back in 2004., which turned out as a highly inspiring impact on his life. A long time & serious Trance/Psychedelic listener since his early ages. Born in Tehran/Persia and currently living in Stockholm/Sweden. He got his first international gig as DJ year 2013. and it was just the beginning… Already played all over Sweden, as well in countries like (Brazil, Denmark, India, Germany, Finland, Hungary, Turkey, Austria, Armenia & the list goes on.) From small underground to big indoor & outdoor parties, festivals & open airs, and shared the stages with the biggest artists on the Scene. Over the years, he constantly developed his DJ skills and styles & signed with (Occulta Records) from India, as their label DJ.
Besides being an active DJ, he´s also organizing underground events in Sweden & India/Goa.