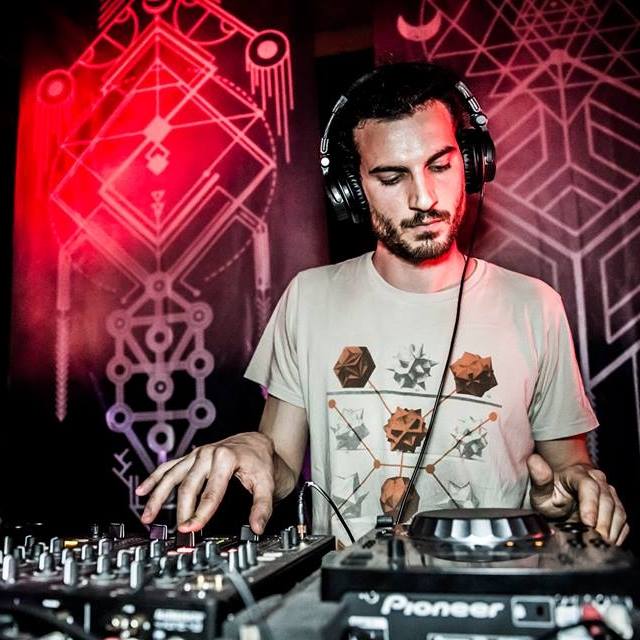 Stefano comes from Turin, north of Italy; during his early age he started connecting himself to the underground scene of electronic music .
Spinning vinyls, he explored at first the dark side of drum&bass, such as Darkstep and Neurofunk.
Chasing the flow of several dancefloors, he discovered psytrance parties.
Then after his journey to Australia and Doof parties, he suddenly fall in love with the slower and deeper side of psychedelic music.
In 2015 he joined Semantik-Om crew, so he started to play at several parties, also organizing events with his buddies Antithesis and Eb10. In 2017 begins a new step of his path, compiling his first V.A. „Synaptic Connections“.

Netrin (Occulta Records label manager) is the new and main project started in late 2017, proposing Dark Progressive sets.
Swinging through hypnotic sounds and forestish atmospheres, it proposes a mixture between dark and deep sounds, with a pinch of tribalism, and groovy basslines. The main aim is to keep an high mental states, never losing his whippy touch.

New ideas appears, new links start, a full immersion in his studio turns on: thanks to his future productions, he hopes to let people find their own way to express themselves, through the internalization of his creations.