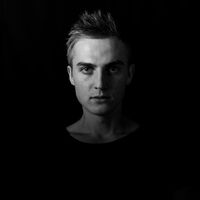 Thomas Klipps, born and raised on the German coast, always had a passion for electronic music. Inspired by his music minded friends, it was only a matter of time before he would find his way to the turntables.
In 2014 he started DJing and quickly developed his own style, the main characteristics being driving-minimal techno, with unique synths and dark-hypnotic influences.

After numerous bookings in northern Germany, Thomas decided to move to Freiburg in the south of Germany, where he quickly became part of the scene, receiving bookings in highly respected clubs like Hans-Bunte Areal and Drifters Club.
Mixing music wasn’t enough for Thomas, so to express his creativity Thomas began to produce his own music.
He celebrated his first release in August 2018 for the label Heimatliebe Records. Afterwards he released tracks on labels like Phobos, Bully Beatz, Music4Aliens, Soupherb and Mothr.
Several of these tracks featured in the Beatport Minimal / Deep Tech Charts.
At the beginning of 2020 saw him celebrate his biggest success, reaching number one spot in Minimal / Deep Tech Releases with his Miscounted EP on Subios. With forthcoming releases on Creepy Finger and some other labels, the future is looking good for this promising young artist.