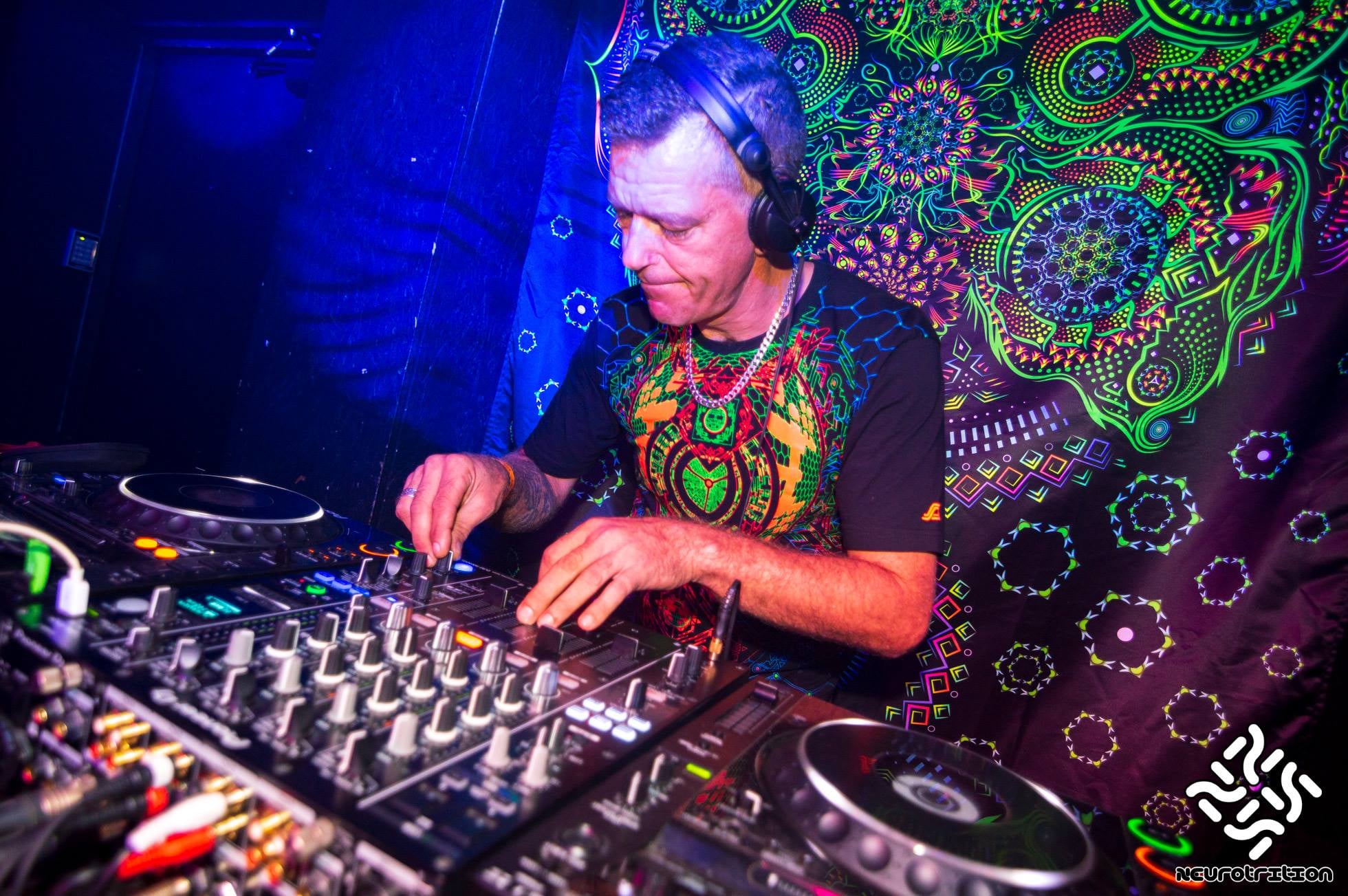 Psykinetic has been Djing since 1986, He has played alongside legends such as Infected Mushroom, Astrix, Talamasca, X.S.I, Dejavoo, X-Noize plus many more over the years because of being one of the resident Djs for Antiworld UK and Psychedelic Academy.

He has also guested at ‚Halcyon‘ ‚Cohesion’and ‚Puzzle Project‘ in London, ‚Toadstool in Glouchester plus even played a few sets through out Glastonbury Festival over the years and now he plays at Universo Paralello in Brazil every 2 years.

He is currently working as a Label Dj for Y.S.E recordings and is still raising the dance floors throughout the UK and worldwide.