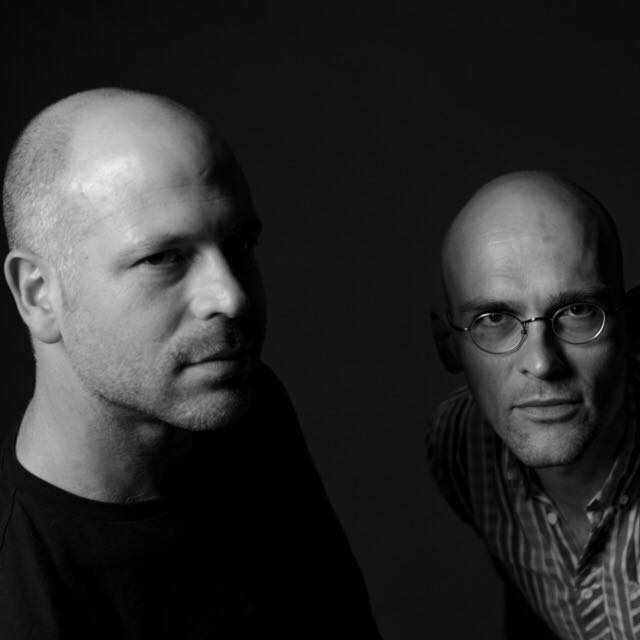 Olaf Hilgenfeld and Iftah Gabbai aka Skinnerbox met under strange circumstances in Berlin back in 2003. The first years of their musical marriage has been a rather abstract electroacoustic journey that slowly got transformed by the neo-hippie rave renaissance that washed Berlin the years after. While growing up with places like the Bar25 and legendary party makers as the Bachstelzen, Skinnerbox always maintained a very individual identity, famous for their infamous improvised and truly live played shows (reaching another peak while performing a 12 hour live set at Kater Holzig, Berlin 2013) notoriously free from any obligation or trends. With a good dozen of singles on labels like BPitch Control, Darkroom Dubs, Bar25 Records, Tonkind and more plus a highly acclaimed full length studio album on Doxa Records („If this is the future of techno, then we have a lot to look forward to!“, Xlr8r) Skinnerbox have positioned themselves well above the inflationary electronic scene hailing from Berlin.
In 2009 Skinnerbox released the sbx 2049 – a drum machine which made them the first artists to release an instrument in conjunction with Ableton.
In 2014 – after 3 years of intense work – Skinnerbox ended up with another official Ableton Live instrument, an epic drum machine which is unlike anything you ́ve ever seen before: Time & Timbre.